I started debating competitively, when I was in class 8, however once you start thinking about it, I started debating since I could speak. Even the most introverted amongst us, are designed to ask questions, to wonder why, and to sigh away a what if. Even if I don’t think that I made enough of a mark on the debating circuit, the debating culture sure did make a definite impression on me. In this essay, I’ll try my best to guide you down the hallways of this decorated yet highly misunderstood way of life, and therein try to highlight the good, the bad, and the ugly of “The Life of a boy who liked to Speak”
I shall also try to incorporate some common communication constructs, in order to explain my points better. Firstly, let us have a quick look at why any debating circuit in general, provides such a good example of “Inter-cultural communication”. Although it’s rather counter intuitive to logically connect the both of these together, we first need to ask ourselves what inter cultural communication truly entails. I tell you, that it merely refers to the exchange of ideals, mannerisms and beliefs of people with strikingly different mindsets. Once one strips bare this definition, one can’t help but draw parallels between inter-cultural communication and a room full of debaters- people who retain diverse views regarding all sorts of random facts and figures, people who argue just so that they can argue( we also debate to learn new viewpoints, but arguing is plain fun), people who take their differing opinions, and clash with them on a regular basis. In fact a good debate is nothing but the conversation that goes on in our all our minds when we face an uncertain situation. Our subconscious flips through the pros and cons of any new development at breakneck speeds, whilst our rationale tries to justify each of them. Similarly, a debate room is nothing more than a clash that could very well be going on within any of our subconscious when we are exposed to a new culture, or even a new experience. The trepidation that we experience before trying anything new is nothing but the internal ‘Opposition Bench’ that all of us have which tries to oppose any change to the existing paradigm, whilst the opportunistic, ‘Proposition Bench’, nudges us along. Thereby, this is going to be a rather unconventional, yet refreshing look on something, a lot of us haven’t given a lot of thought to.
Let us now deal with the specific cultural constructs which I’ve observed about the debating circuit:- 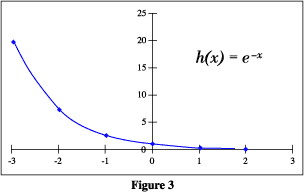 Through my experiences, I’ve found that the debating circuit showcases a negative exponential power distance relationship.
To a novice, who’s just started off his life as a debater, the gulf in quality and the depth of matter being discussed, might seem a bit off-putting at first, and might even dissuade him from inter-mixing well with his/her peers. The inherent power distance is a huge one, since debaters tend to be a rather snobbish and elitist bunch (allow me to indulge in a bit of self-deprecation), who by default treat newcomers as outsiders, and take their time to accept that person into their “society”. I was fortunate enough to have outstanding seniors in school and college, who were ready to break down these power distances, but the general feeling of subservience towards the absolute best of the circuit(or as we called them- Dinosaurs) was mightily prevalent. However, as one moves up in the Debating ladder, one learns how miscible and accepting the crowd actually is, which flows over into my next major heading. Collectivism Debaters are a highly collective bunch. Regardless of however many insults and sharp attacks, one might face in a debate room, I’m proud to be a part of a group who can still hang out with those very people who were critically debasing their ideals a few minutes back. “The circuit looks out for its own-” is something I figured out rather early on. At any tournament that I attend, I see peers critiquing peers, I see healthy constructive criticism, and I see massive self-improvement support structures, which the Debating community has managed to develop. This is all the more evident in Parliamentary Debates, where one can observe members of the top teams, taking some time out to coach the newer teams through difficult motions. This ‘Mother Bear’ approach is very important, as it helps sustain new generations of debaters, who can continue to ask the right questions, so that we can all help make the world a rational place.  Masculinity Despite all of the brilliant structures which help promote equality and improvement, the circuit still does believe in material victories. Thereby, one could qualitatively identify debaters as a highly masculine group, who believe in victories and awards rather than identifying those who’ve improved a lot but still haven’t managed to break into the upper echelons of the art. In that way, debating does come off to some as a somewhat daunting prospect, where a group of quasi-intellectuals might sneer at you, if you don’t meet their standards of achievements. Uncertainty Avoidance Here, I observed a bit of a paradox. When it comes to facing the unknown, in terms of lines of argumentation, varied motions, or fresh perspectives, the debating circuit remains one of the most open-minded and progressive groups. Equipped with this low uncertainty avoidance, I’ve seen debaters tackle the most radical of approaches with gusto, and then end up taking away something from the most random of avenues. Conversely, when it comes to accepting newer formats and/or amendments to the recognized formats, debaters have been found to be rather stubborn. I’ve seen people who excel at certain formats, struggle at other formats, and who subsequently forsake the newer format for the old one. This unique behavior is atypical of a culture which is generally so open to change and fluidity. This belies the overall point, that a culture as a whole cannot be broadly classified as a High/Low Uncertainty Avoidance straight of the bat. One needs to weigh in the various factors, and then present a case by case analysis of a culture. For example, I would classify India as a culture with low uncertainty avoidance in terms of traffic, deadlines and the patented concept of ‘Jugaad.’ However, I’d also list Indians as a very high uncertainty avoidance culture, when it comes to the way they care for their children and their loved ones. We see Indian parents trying their best to create several safety nets, so that their children might not have to suffer should the worst occur. Although at first this seems like a derivative of the parameter called “Long Term Orientation,” once one realizes that here we aren’t talking about a person caring for himself with his/her future in mind, but rather how he/she cares for someone else, and chooses to destabilize his present, by stocking up for his/her child’s future.
In conclusion, I’ve tried to type out an intensely personal set of observations regarding an activity, that I’ll forever remain indebted to. I hope that someday, these words might help at least one person realize that public speaking isn’t as scary as its primary proponents show it to be. Most of the time, debates are sold as a difficult activity, because the people who debate think rather highly of themselves, but in my honest opinion, it is nothing more than a simple expression of one’s self which is extremely refreshing and liberating. 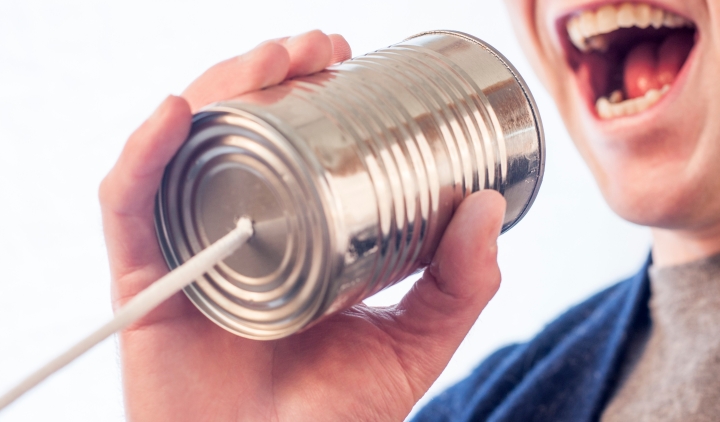 The modern society was supposed to be a promise of a more liberal and accepting one but as we move towards becoming a Global village, we find ourselves plagued with basic roadblocks in effective communication such as stereotyping. Stereotyping is when a substantial amount of people believes in an assumption that is not only oversimplified but also not based on factual knowledge or just on a handful of experiences which do not justify the generalisation of an entire community or things. To understand stereotyping, we must understand that we tend to form instinctive associations in our minds regarding people and things to make the initial encounters more comfortable. As per Neuro scientists, these initial judgements are coping mechanism humans used as part of survival and to evolve. However, stereotypes often get ingrained in our minds and it becomes difficult to move past them, reflections of which become prominent in our communication.

The key to effective communication lies in listening and understanding to the perspectives of the people you are communicating with but when one lets preconceived notions influence this, we automatically start pushing our expectations of how the individual must react based on our categorisation of that particular individual. This ranges from racial profiling to cultural profiling and even gender profiling. The nature of such assumptions can be subtle and used to indicate a positive perception. For example, believing that people of African descent are born athletes. However, this seemingly innocuous stereotype, if proved to be true in any particular case can also reaffirm the negative stereotypes about people from the same community. We make this connection between negative and positive stereotypes based on the idea that our initial assumption of the person or community was accurate so the other associations made in the same regard must also be true. Every so often we do not notice the subtle nuances of such categorization in our communications. But it may be detected by the person it is projected upon and that in turn would affect their approach.

However, we must also acknowledge that stereotypes are a part of how we process information, thus, a product of our communication. The most common solution to such barriers in communication is to treat each encounter as a unique one and not let our bias influence our message.  Nonetheless, this may not be sustainable in our day to day communiqué. Among solutions offered by scholars to counter bias communication one interesting perspective was to add more traits in existing stereotypes and make it more complex and accurate with accordance to the reality of the groups being categorised. The drawback here is that stereotypes find roots in society over a period of time and are not subject to instant change. Any solution offered to combat cultural pigeonholes must be justifiable over a period of time and practical in different aspects of our daily communication.

A more concrete step towards bringing about systemic change in the way we handle cross cultural communication should start with educating the masses. An elaborate look at stereotypes and intercultural communication can benefit the society when commenced at an early age which in turn would encourage fresh perspectives and long-term solutions.

END_OF_DOCUMENT_TOKEN_TO_BE_REPLACED

The course begins on January 17, 2018. To mark the beginning of the course, we have organised a session to apprised students about the Jean Monnet Modules and the importance of internationalization.

The Life of a boy who liked to Speak 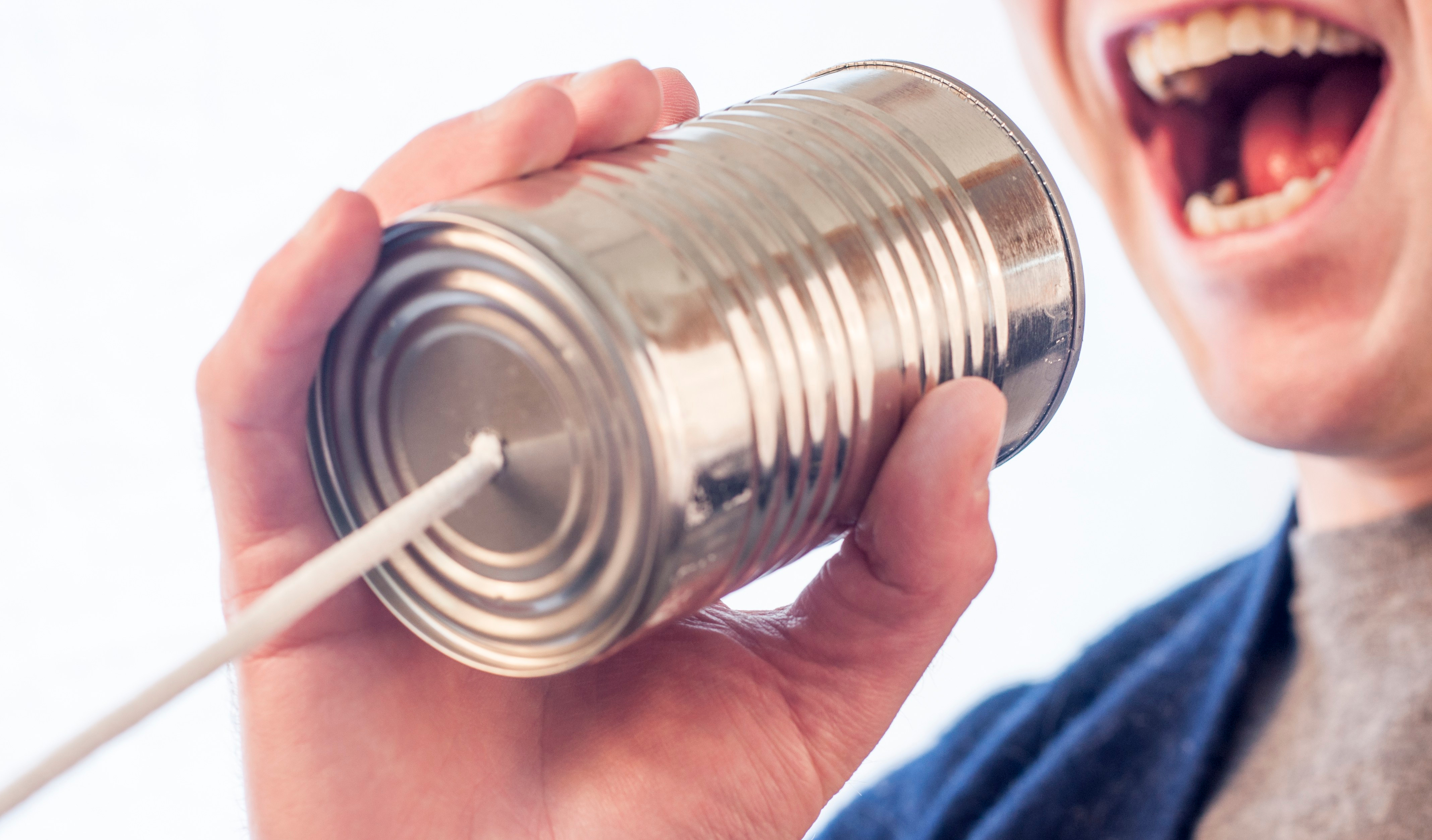 We must also acknowledge that stereotypes are a part of how we process information, thus, a product of our communication